The development has caused panic at the Ministry of Defence (Pictures: Christopher Kingswood/Ukrainian Ground Forces)

Four British soldiers – including a teenage member of the Queen’s Guard – are feared to have gone AWOL to fight against Russian troops in Ukraine.

The 19-year-old Coldstream Guardsman, whose identity has been withheld for security reasons, reportedly wrote a goodbye letter to his parents and booked a one-way ticket to Poland over the weekend with the aim of crossing the border.

It has caused panic at the Ministry of Defence, with security chiefs urgently trying to intercept the teenager amid fears Vladimir Putin may try and claim Britain has entered the war if he is captured.

Three other British soldiers have similarly gone absent without leave to fight, it has been reported.

The teenager is reported to have written his parents a goodbye letter before booking a one-way flight (Picture: Christopher Kingswood)

A source close to the teenager told The Sun he left his base at Windsor barracks and went to sign up for Ukraine’s International Legion of foreign volunteer fighters.

He has since posted a photo of his boots on Snapchat, according to the newspaper.

The Ministry of Defence has said that service personnel are banned from travelling to Ukraine.

An MoD spokesman added: ‘All service personnel are prohibited from travelling to Ukraine until further notice.

‘This applies whether the service person is on leave or not. Personnel travelling to Ukraine will face disciplinary and administrative consequences.’

The MoD added it would not comment on specific cases.

A friend of the teenage soldier told The Sun he had grown ‘bored’ of the ceremonial role of his regiment, including parading in their famous bear skin hats.

The added: ‘He’s gone absent without leave, bought a ticket and he’s on his way to Ukraine to fight in the war.

‘You don’t join the Army to stand in bear skin hats and march about. You join it to fight and see action. He probably thinks he could do some good out there but it’s a very misguided decision.’

All travel to Ukraine is banned under official UK military advice.

It states that going to Ukraine to fight, or to assist others engaged in the conflict, may be against the law and could lead to prosecution.

Another issue is that the UK has limited consular support in Ukraine, and is unlikely to be able to offer assistance to anyone in the country.

Russia-Ukraine war: Everything you need to know

Since Russia’s invasion of Ukraine began on February 24, the country has suffered widespread damages and loss of life amid a major bombing campaign.

This has led to Russian President Vladimir Putin publishing a list of 43 ‘unfriendly countries’ who face economic restrictions for their sanctions.

Ukraine rejects ‘propaganda’ ceasefire as people would have to flee to Russia
What time is Volodomyr Zelensky’s speech to the Commons and how to watch it?
Senior Russian commander ‘shot dead during battle for Kharkiv’
Queen’s subtle message showing she stands with the people of Ukraine
Donald Trump suggests putting China’s flag on US jets to ‘bomb the s**t out of Russia’
Russia’s threat to anyone helping Ukrainian air force
Map shows locations of Ukraine’s active nuclear reactors
American Express suspending all operations in Russia and Belarus
Russian gymnast wears ‘Z’ war symbol on podium next to Ukrainian athlete
France accuses UK of ‘lacking humanity’ for Ukrainian refugees
What is NATO and which countries are members?

It is understood that UK defence chiefs are keenly aware of the desire among people back home who want to help the Ukrainians after the Russian invasion, but the only support they can provide is defensive in nature.

He said that ‘much as one might applaud their motivation for wanting to help, it is completely the wrong thing to do’, adding: ‘If they were captured it would be playing into the Russian hands to say British forces have infiltrated into Ukraine, which is completely not true.

‘It would be totally irresponsible for soldiers to take matters into their own hands.’

The UK is working with its allies to provide a range of support to Ukraine, including to enhance that nation’s defence capability.

Defence Secretary Ben Wallace, who served in the Scots Guards, has previously urged Britons not to travel to Ukraine to join the fighting as he said the ‘very dangerous’ situation could lead to them being killed.

Mr Wallace has said he does not ‘want to see British people killed any more than I want to see Ukrainians’ dying after Foreign Secretary Liz Truss earlier said she would ‘absolutely’ support British nationals who chose to go to help fight against the Russian invasion.

‘There are a number of ways Brits can show their support for that, and the Ukrainian embassy in London is putting out information about how British people can support.

‘We fully recognise the strength of feeling about British people wanting to support the Ukrainians following the Russian invasion. There’s advice up on travelling to Ukraine, we currently advise against travel to Ukraine.’

Get in touch with our news team by emailing us at webnews@metro.co.uk.

For more stories like this, check our news page.

Punjab: BSF Shoots Down Pakistani Drone Along Border in Amritsar 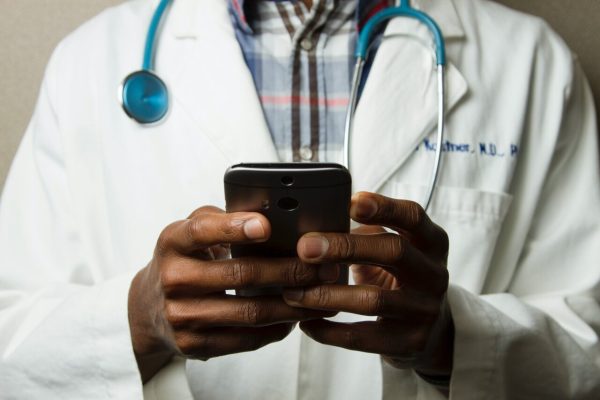